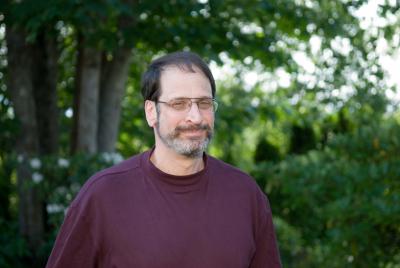 "I am honored to have the institute bear my name. However, it is important to remember that our seminal work here at Western was possible only with the guidance of Holocaust survivors Noémi Ban, Fred Fragner, and Magda Dorman.  It was their courage, their willingness to bear witness to unfathomable events, their dedication to the pursuit of painful truths that inspired and inspires faculty and students alike. I trust that our institute will continue to grow the knowledge, compassion and willingness to use the lessons of the past to advocate for the human rights of all people.” — Ray Wolpow

The Ray Wolpow Institute for the Study of the Holocaust, Genocide, and Crimes Against Humanity (RWI) at Western Washington University was established in the summer of 2016. It is named after Western Professor Ray Wolpow, faculty emeritus at WWU’s Woodring College of Education and founder of the Northwest Center for Holocaust, Genocide, and Ethnocide Education (NWCHGEE). Dr. Ray Wolpow received his M.A. from Columbia University and his Ph.D. from Pennsylvania State University. At Western, he taught both graduate and undergraduate courses in Secondary Education until his retirement in 2014. His interests lie in literacy and study skills education, trauma-sensitive learning and teaching, compassionate methods to increase the resiliency of at-risk students and Holocaust education. Until 2014, he served as Director of the Northwest Center for Holocaust, Genocide, and Ethnocide Education, which he founded in 1998.

In 2016, WWU established the RWI to honor and continue the work of Prof. Emeritus Ray Wolpow.

Dr. Wolpow created The Northwest Center for Holocaust, Genocide and Ethnocide Education (NWCHGEE) in September of 1998 to assist educators in the design and implementation of Holocaust, genocide and ethnocide-related studies. NWCHGEE was dedicated to remembering and learning from the past in order to promote the human rights of all people. Dr. Wolpow was also essential in providing local Holocaust survivors Noémi Ban (pictured here with WWU’s Uzma Ahmad), Magda Dorman, and Fred Fragner the opportunity to share their stories. After Dr. Wolpow’s retirement, NWCHGEE continued to be housed in the Woodring College of Education, administered by the Center for Education, Equity, and Diversity under the leadership of Dr. Kristen French.

In May 2014, members of the campus community started discussing how the NWCHGEE  could continue and expand its work and how other departments and colleges could aid in furthering the center’s mission and visibility on-and off-campus.

The Ray Wolpow Institute will support, expand, and carry forward the NWCHGEE’s mission, which is central to the university’s commitment to being an international leader in active learning, critical thinking, and societal problem-solving. This is particularly important as the university continues to grow and build its reputation as a premier undergraduate institution strongly rooted in the liberal arts tradition.