Noémi Ban: Friend of the Institute 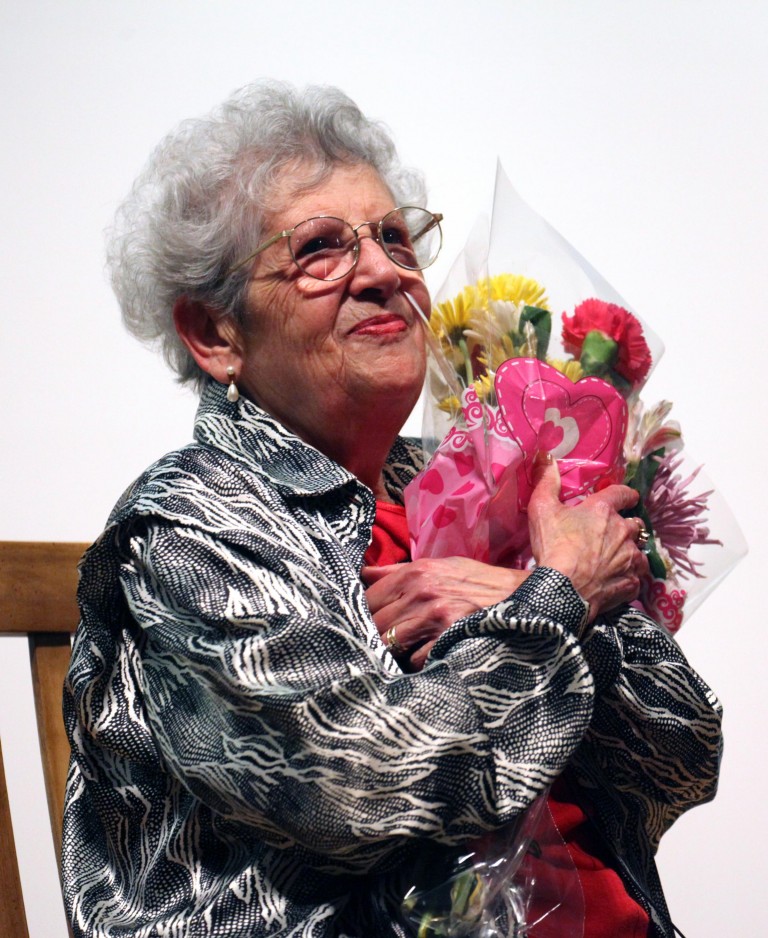 Noémi Ban (1922-2019) was a beloved friend and contributor to Western’s Ray Wolpow Institute. Truly, without Noémi, there would be no Ray Wolpow Institute. Although Noémi’s life contained much loss and tragedy, it was also filled with hope, inspiration, and love. A survivor of Auschwitz-Birkenau, Noémi lost her mother, grandmother, and younger sister and brother to the horrors of the Nazi regime. After the Holocaust, Noémi was witness to the 1956 Soviet repression of the anti-communist uprising in Hungary.

Despite the many tragedies Noémi faced, this extraordinary educator spoke out against hate and praised tolerance, hope, and love of life. In 1995, Noémi Ban began speaking publicly about her Holocaust experience. She spoke all over the globe, from Bellingham to Taiwan. Noémi’s belief that sharing is healing sustained her. Noémi is the winner of the 1997 Golden Apple Award, a recipient of honorary doctorates from Gonzaga and Western Washington University, winner of the 2003 Washington Education Association Human and Civil Rights Award in the category of International Peace and Understanding, and the recipient of the 2011 Daughters of the American Revolution Americanism Award.

Noémi is the author of Sharing is Healing (with Prof. Emeritus Ray Wolpow) which is available for download (PDF) on Western Libraries CEDAR site as part of the Noémi Ban Memorial Collection.  Noémi’s experiences are also documented in the 2007 DVD “My Name is Noémi.” Access these items – and more – online for free on the WWU Libraries site.

Noémi Ban In Memoriam – In the News